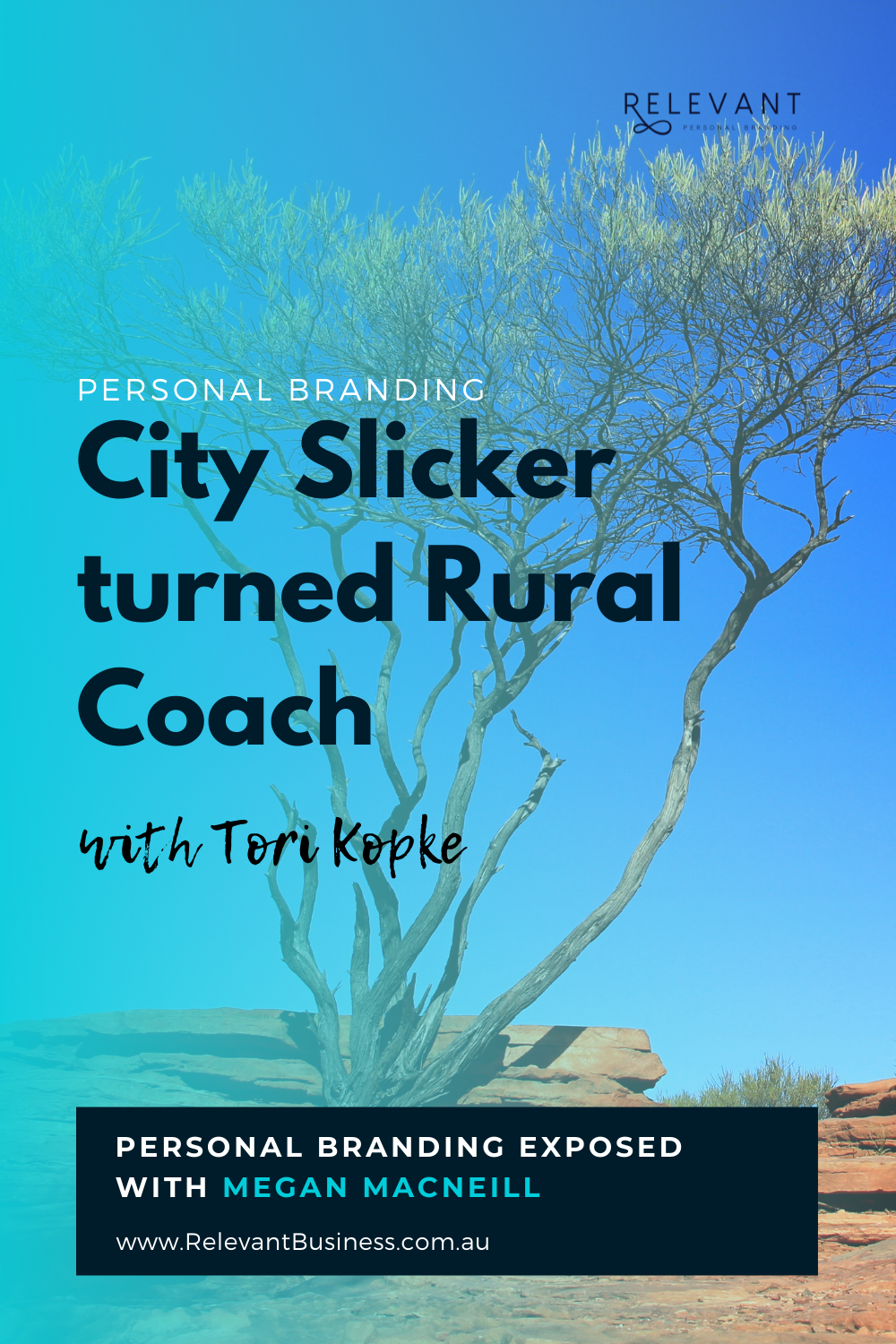 Tori Kopke is a Rural Business coach and strong advocate for female entrepreneurship in the Australian countryside with an amazing career and even cooler backstory to boot.

Luckily for me, and you by extent, she is also a dear friend that agreed to be the guinea pig for episode 14 of the Personal Branding exposed podcast which was also my first LinkedIn Live.

We had an amazing talk about life in the countryside, handling business with dodgy internet, and a series of other little nuggets of wisdom we wanted to share with you.

From Texas to Regional Australia – Tori’s adventure began the day she graduated from uni without much in terms of opportunity in her own hometown, leading her to fulfill a long contemplated wish:

“I thought, right let’s go see the world, and set off to the first country that spoke English and gave me a visa, which there weren’t many.”

That country was dear old Australia, from where she intended to go to Thailand, yet little she knew what awaited her here.

Out of The Movies

Now, you see, this is the part of the story that I love the most, as while here she met a strapping young farmer, and they began to go out, even though she still wanted to continue her trip around the world.

Eventually, the day for her to leave for Thailand came, and they said their goodbyes at the airport before she boarded the plane, and he got back in his car.

Only that didn’t last, as while checking her bag Tori came to the conclusion that was not right, asking that they would stop the plane and calling for her future husband (who was halfway off the city already) to pick her up.

The Start of Something Special

I absolutely love this story from Tori because it sounds straight out of a romantic comedy, but unlike the movies, there is no credit roll, and after she made this life-changing decision she found herself in need of a job again.

Luckily, she had an Australian visa and according to herself: “Under my belt, I had a few years of real estate experience, back in the US that was my uni job I sold real estate, which was easier than working as a bartender or anything else.

She then did something I advised in other posts from our blog that is assessing your core skills and seeing how you may use them to your advantage.

She applied for several opportunities missing the mark a few times before she found the golden advertisement, looking for “Someone that could be either Australian or American”.

“I said that’s it! That’s the job I’m going to get!” and much like every other time she said she’d do something, Tori actually did it.

The job was ideal since it basically involved constant flights from Australia to Texas and back and it provided her with a unique insight.

Going constantly from the Australian countryside to her relatively big city, Tori started to notice a certain contrast in how business advisors addressed each field.

“I started to realize that there was a huge gap and that no one was specifically speaking to country people and country businesses, there was no one serving that audience. There was a bunch of people from the city who were trying to apply certain principles that didn’t apply in the country, we have a low population, a much smaller employment pool, as well as a much smaller audience.”

Thus came to be, at least in thought, what would become Big Ideas Rural.

A Community for Rural Women

With the idea to service specifically small businesses from rural areas in Australia, Tori also came to the realization that the businesses that could use the most help were female-owned ones.

So, in her usual way, Tori tells us “I wanted a community of rural women, so I made one!”Big Ideas Rural then was born as a community for female business owners where they network, learn, and empower each other.

They are hosting one of their biggest events yet on October 15th, so if you are within this demographic, I absolutely recommend that you check it out on their website or social media.

Since I was curious as to how such an awesome project was maintained, Tori touched on another core theme of personal branding that is a personal investment.

She says: “It can’t just be a lofty idea like it sounds like a good target market, you have to be a part of it”

This is absolutely true and can be applied to any enterprise, as what is going to push it forward is your passion and willingness to make it work.

Much like Tori, you too can have a look at the type of service that should exist in the world and use the skills in your arsenal to provide it.

Having personal investment was not the only advice Tori gave away, she also left some precious tips for rural small businesses and independent professionals.

For the latter she incentivized that they would establish limits when working from home, both in time, ensuring everything has its time of focus, but also spatial limits in the form of a proper office.

Now, the main advice she gives is that you should always be ready to back yourself up with your pricing, not worrying about where you are selling.

You may have realized I opted for a more storytelling heavy article this time, and that is not just a thing of the moment, Tori’s story is one of initiative and industriousness, serving to show what you can do by taking the initiative.

In her adventure from Texas to here, she demonstrated time and again the power of combining passion with the vision necessary to know where your skills are best employed. And the best part is that this is not the only story of its kind, there are plenty more to enjoy from our personal branding exposed podcast, so go ahead and click this link to check it out!