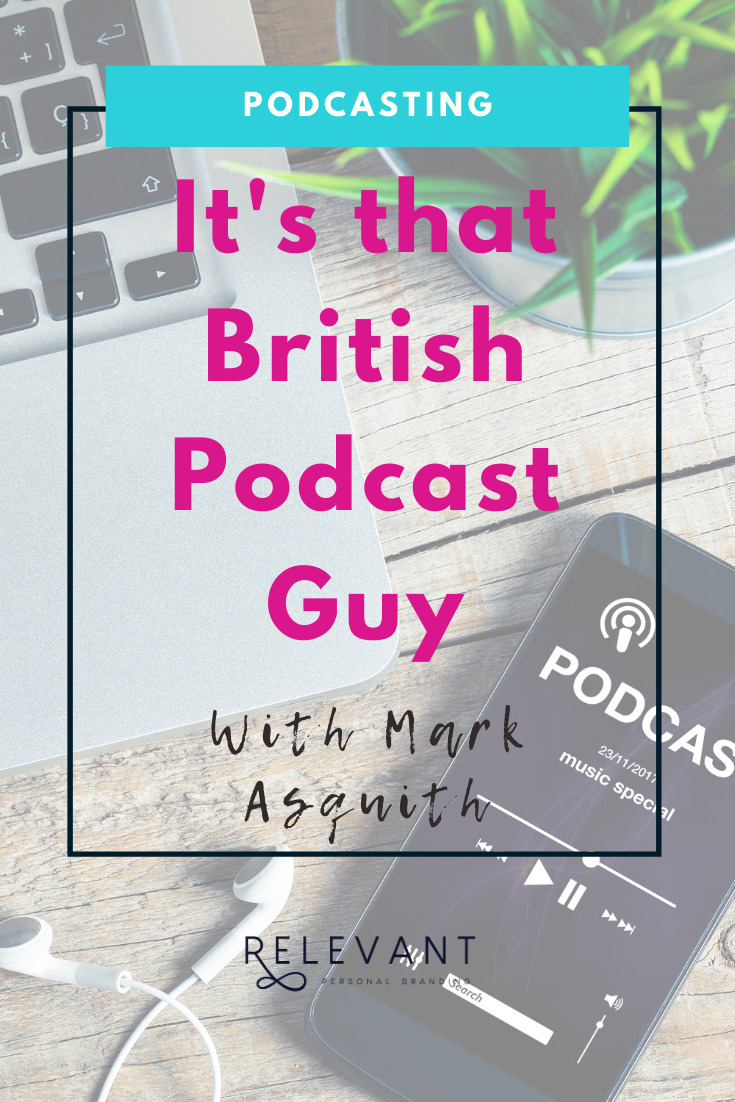 As the world locked itself indoors in fear of the new coronavirus crisis, I had the pleasure of interviewing the podcasting pioneer Mark Asquith also known as  “That British Podcast Guy.”

In our amazing thirty-minute talk, which you can check out below or on your favourite podcasting app, Mark shared his wisdom in podcasting, brand building, and the days when this fast-growing medium was still the wild west.

Let’s have a look at the rundown of what we discussed in this episode of Personal Branding Exposed.

It was early 2013 and Mark was the owner of digital design in the beginning steps of exploring his personal branding online in a time when no one really knew what they were doing.

At around the same time, he and a friend began writing a blog of their own to express their love for DC Comics, Star Wars, and other pop-culture subjects. That friend would come up with the idea of doing a podcast, to which Mark responded:

His protests, however, proved incapable of fazing this friend of his, who promptly talked him into buying a microphone and beginning Mark’s first-ever podcast.

It was at this moment, that Mark realised he had a powerful tool for personal branding in his hands.

One week into podcasting and Mark began his first podcast-related business, after which, the operation would only grow.

In the end, his blog, podcast, and digital design agency all merged to create a unique business model that would shape our modern view of the medium. And it all began with a simple headache: “I had this problem with how the heck do I link up this weird old school looking hosting platform in podcasting to my WordPress site? No one had a clue and because I run a digital agency, I just had all the skills to do it.”

As he became the head of a big podcasting company, Mark began to identify the need for a shift in his personal branding.

The thing is, we often don’t choose what we are known for, and it was no different for him whose name grew more and more in the podcasting community, though that name was not Mark Asquith, but “That British Podcast Guy.”

After a moment of vain resistance, Mark decided to embrace it:

“We just lent into it. And since then the personal brand has just gone crazy because people just get it, people get what I do. Oh yeah. And look, that’s the thing with a personal brand. You’ve got no control over it because it’s nothing to do with you. It’s all to do with what people think, feel, and say about you.”

During our talk, Mark also shared a little of his wisdom on what makes a good podcast in his eyes.

One piece of advice he gave to other podcasters was about the eight-second rule, and how the very beginning of your podcast is decisive for winning over the audience and should be well spent. In the man’s own words:“ Well, everyone wants to put the music in. Everyone wants to be like, cool. Look at me, welcome to the amazing podcast. And I lost the point in that it’s not radio.”

Instead, he defends that these precious eight seconds should be used to give the listener a good idea of the topics and theme of that particular episode.

The Secret for growth

Another precious piece of advice passed down from Mark was related to the idea of thinking long term to grow your podcast as a business based on the audience’s needs.

According to Mark, a podcast is built from listening to one’s audience and making content that will actually help better their businesses and their lives.

I chose Captivate as my podcast host after trying a few different ones out. If you are looking for a host, give their 7 day free trial a whirl before you decide.

Keep in touch with me and send in your questions.