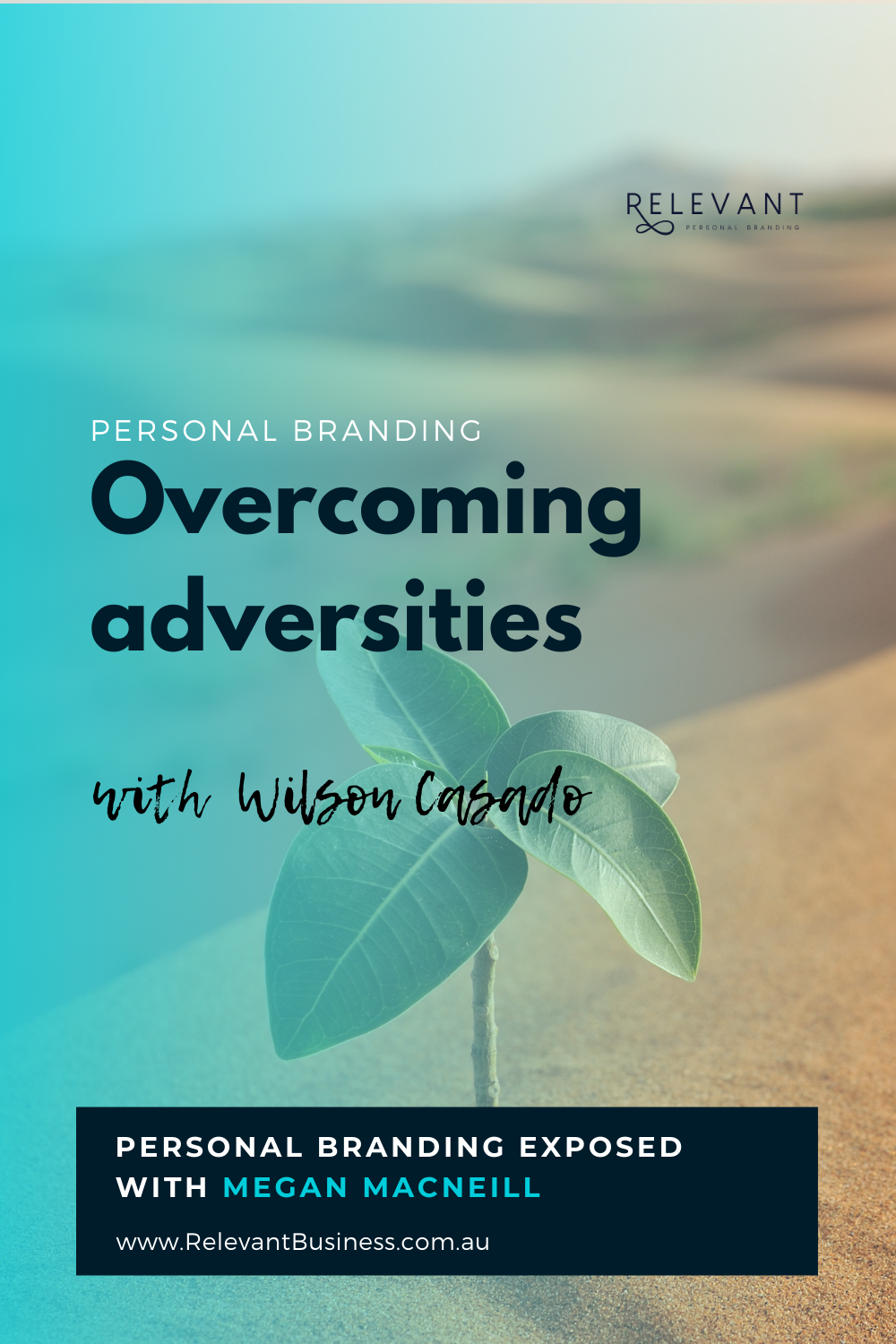 Often in life, we come face to face with challenges without being entirely sure of our ability to deal with them, yet, we often learn that the best way to see hard times through is by gritting our teeth and soldiering on.

For episode 35 of the Personal branding exposed podcast, I got to talk with someone that turned this fearless mentality into a way of life. Hailing from South America and being one of the esteemed Perth angels, he is Wilson Casado. Here is how that went.

Now, the first thing I was excited to talk about with Wilson was his upcoming podcast Changing the Game.

“ I think that changing the game means an opportunity to connect to people and to hear stories that will help us better understand how innovation and diversity can change the future.”

He then goes on to explain how his new show will feature guests that have “changed the game in terms of adding diversity to various situations in and out of the workplace in order to inspire others to do the same.

While by itself, this was a fantastic premise for a podcast, I was curious since “diversity” is such an ample term, I decided to ask him about what type of diversity was his main focus and his answer surprised me:

“We are talking about all types of diversity. It does make sense for me to make clear that gender diversity is particularly close to my heart because of the ways I connect with the stories from my mom and my grandma. But we will be looking at all kinds of diversity.”

This correlation between Wilson’s upbringing and his valuing of gender diversity was quite interesting too, so much so that I had to press him about it.

He then explained when thinking about the best experiences he had while working around the world with so many different people, he could always trace it back to these two important women.  And just like that, I knew we were off to a good start.

As our conversation moved forward we got the subject of how Wilson had gotten into business in the first place.

What I didn’t expect was that it would run into a topic that constantly surfaces due to its close relationship with personal branding. Without running the risk of revealing too much too soon, I’ll let our guest speak for himself:

“ High school was a very confusing time for me, it was a time when the school itself wasn’t too hard for me, I was very privileged academically, but in my personal life, I had difficulties to connect with people, I was shy, I was actually struggling.”

As Wilson told me about his issues in coming out of his shell during High School, I couldn’t help but remember so many other guests that had similar problems when it came to be in the spotlight.

That, however, was not what made Wilson’s story unique to me, it was what he did to overcome this shyness:

“I went to study in a technology university in Brazil, it was a good university, I had good bonds with it, but I did have my struggles and I ended up quitting my engineering course in the fourth year.

I ended up going to another engineering school close to home in Rio, and it was a completely different school, long story short, I found myself there but the beginning was hard, it was a university already in its fourth year and I didn’t have any connections.”

Wilson’s answer to this delicate situation was to in front of the class, explain that he was new to the university and that since most people there already had their friend groups he was alone and had no one to invite to his birthday.

Now, to put yourself in such a vulnerable position with so much honesty can be a scary thing to do in a class of what was, at the time, complete strangers, yet Wilson mustered up the courage to do just that and as he explains:

“The support I got then and the people that came around and the friendships that we formed was awesome but even better than was my realization that this perception that I had that everybody was friends, and I was out of that club, wasn’t true.”

Wilson’s story is a classic example of that leap of faith that takes place in most people that overcome a personal barrier of any kind.

There have been many guests that talk about this significant moment and their way of dealing with it seems to always follow that same mentality: “I’m afraid, but I’ll do it anyway.”

This mentality of biting the bullet and improving himself on the go was also really useful for Wilson when he started working abroad at a time when his English was not at the level it is today.

“ I remember doing this journey of going to other countries […] So there were moments when I didn’t understand what people were talking and this was extremely hard.

So, somehow I had to make an agreement with the person that they would make a summary of the conversation and have it sent to me.”

Wilson would use these summaries to pick up on bits of the conversation that had slipped past him the first time in order to perfect his English.

Now, this is in no way an easy thing to do and our guest even mentioned how this would have a direct impact on his mood, and yet he clearly reaped the benefits from it.

It is in the face of adversity that we are often called to become more than what we are, and I think that no one knows this better than Wilson Casado.

He is someone that embraces every challenge in life as an opportunity for growth, and you can see this in all the stories he tells.

In this article we presented only two from a great wealth of valuable advice he shared with me in our talk, so if you want to know more feel free to give his interview a listen.

And, if you would like your best qualities to shine in a similar way, you can always contact me for advice on how to build your personal brand. Book a discovery chat now and let’s see how I can help!