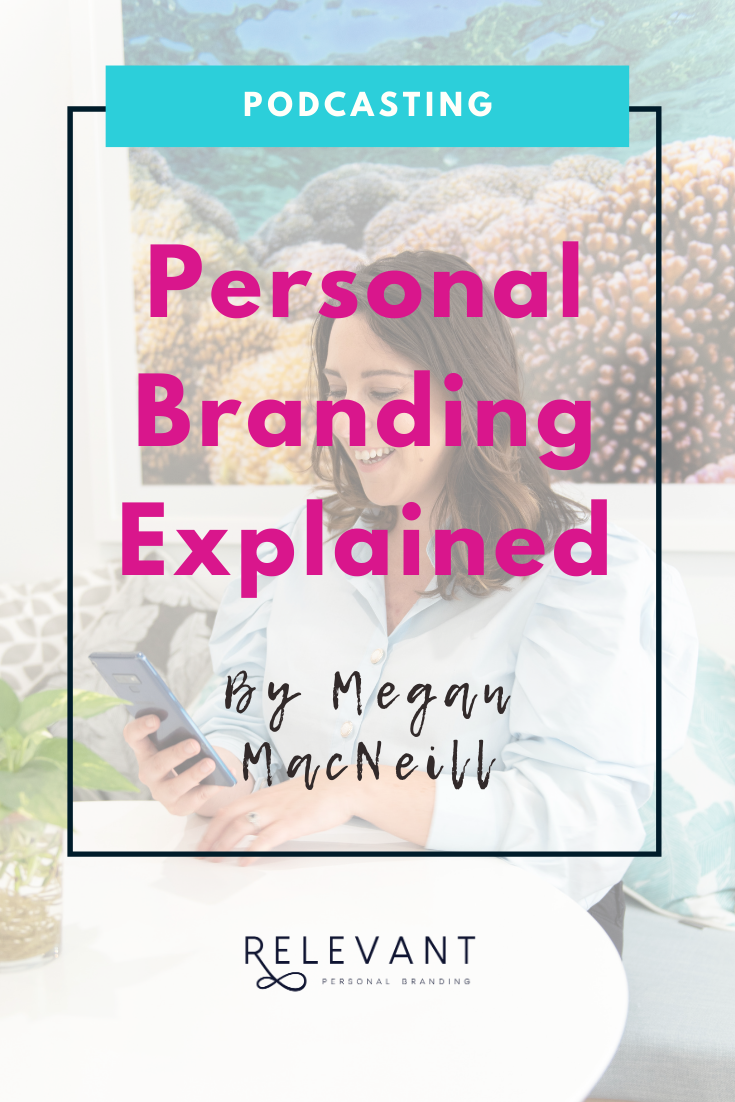 Thank you for joining me for episode one.

Nice quick episode explaining briefly what your personal brand is and why now more than ever it is super important.

Lot’s of amazing guests lined up for future episodes – subscribe now so you don’t miss them.

Keep in touch and send me your questions.

This is actually take two because we are in the middle of coronavirus. So if you’re listening in the future, this is hopefully. The distant memory, good or bad? Not sure. It depends how you came out of it. I decided that I actually needed to rerecord because what I did last week, although the context and my own personal branding still stands true.

Um, so we’re going to come out different people and the business landscape is certainly going to be very different as well. This is scary for some exciting for others, but as a massive opportunity is your opportunity to be able to position yourself for what’s coming next. Okay. So what do I mean by that?

And that’s all determined on the information that you put out into the world. So depending on what your touch points are, will depend how someone feels about you, how they think about you, how they tell other people what you’re like. And that’s really, really important, especially just now. Okay. So if I was to tell you that everyone is on a scale of one to 10, that’s your personal brand, one to 10. And if you’re setting up a two to two or three and something really bad news comes your way, it could be a real bad scandal, maybe that someone’s seeing you’re an alcoholic or a gambler or you’re sleeping around town. It could be anything.

Okay, Now, if you’re saying a two or three people don’t have much information about you. So when they hear that they take it as gospel and all of a sudden that is the information they have. That is your personal brand is no tarred with that F however, your personal brand is a little bit stronger and we’re talking you’re maybe up a seven or eight. That would be pretty awesome and that same information goes out about you and all this. Gandel and stuff you don’t want to want to hear stuff that’s not true. Could possibly be true, but hopefully, it’s not. And then you’ve got a much stronger brand people already have trust in you. They already have made their assumptions about you and they’ll turn around and go. Ah, no, no, no. I don’t believe that because I’ve got way more information to go on than just what you’ve told me just now. And that’s basically where we’re working on. So how are you giving people your information? Like how are you actually telling people what it is that you’re, what are your belief systems? What is that, you know, what’s your knowledge base? What’s your skills? What is it that you are actually good at? How are you telling people what that is? How are you expanding your network and, uh, using it and also, um, I mean, we’re struggling at the moment to have that face to face networking component, but jump on LinkedIn, that isn’t. Absolute amazing place for that is basically I, when I do my LinkedIn training with people, I talk about LinkedIn being your digital presence as basically a digital version of you.

Everything that’s on LinkedIn should coincide with the way you act and behave. When you’re in the real world. When you’re dealing with clients are, um, suppliers with everyone, basically. Okay. So with that said, that’s the whole point of this personal branding exposed podcast. I’m going to be speaking to different X where it’s every week about different topics and niches that I think are really important to be able to grow your personal brand. And it’s not important that the whole world knows you. This is not an ego thing. This is not about building your ego or being self centered. It’s nothing like that. That is not what personal brand, as a personal brand is all about positioning and telling the world. What it is that you do best and why you’re the best person to be able to do it. So, for example, if you’re looking for a service provider, you may be looking for an accountant for an example, okay, you look at two accountancy firms and you start weighing them up. And they basically come in about the same price point. They have the same service offerings. They have very similar qualifications. The people that you’re looking at have similar qualifications. So there’s very little for you to be able to differentiate between the two of them.

What will be different though, is the people that work there. And you’ll very clearly be able to tell that. So once you start investigating more, whether you’re on their social media channels, or whether you actually go into the office and you speak to them, or you pick up the phone and speak to someone, you’ll be able to tell what that environment is like. And that’s probably how you’ll make your choice. Because once you take away price, et cetera, that is what people are going for. And people buy from people, people trust people. And right now that is more important than ever. So, like I said, Speaking to different people that will be able to help you with different components of building your personal brand and all of them won’t be relevant to you. You can pick and choose what it is you want to do.

So I’m going to speak to people that are experts in LinkedIn, on Twitter, on Instagram, on tech, talk on Facebook on all of the different platforms, but that doesn’t mean you have to be in each of the platforms because you have to think about. Where your audience lies and where it is that you want to position yourself and where you want to be, because not everything suits everyone. I’m also going to talk on things like photography and video and why that’s important and how you can tap into that networking online and offline, because hopefully we’ll be able to do some offline networking again, soon content. How, what, where again, that comes back to your platforms and also to your website and to PR as well, radio podcasts. All that kind of stuff. YouTube, where should you be? And what content should you be creating? Everybody has time for it. And I get that. S

o what you want to do is you want to be able to make content that you can repurpose very quickly and easily and put it out on the platforms that are important to you. It’s all about being able to, I guess, build your tribe. And I love that. I love having a tribe. I have an amazing group of people that I bounce ideas off and people that are my client base because they’re my kind of people. And that’s really important because not everyone is your cup of tea and you won’t be everyone’s cup of tea, and you’re not trying to appeal to the masses. You’re trying to appeal to the people that are like minded and want to buy into your services. And also you want to buy into as well.

And lastly, just keep this in mind. What is your niche and hone in on that? Forget, everything else. Other things will come once you have honed in on what your actual niches stick to it, that will attract people within that niche as well. And then there’ll be offshoots from it as well. That is my biggest bit of advice for you. As you have to know your niche and you have to stick to it to be able to attract the right people in the first place, and then it will build out from there. So hopefully you can join me. I’m going to have some amazing guests. Come on. I’ve already got a couple lined up that I’m super excited about. These guests are from all over the globe. I’ve got people from Australia, from the UK and America and Canada so far, and yeah, it’s going to be awesome. It’s going to be great. So get, keep fielding your questions to me. If you’ve got any questions about personal branding or if you’ve got any suggestions on topics, send them my way.

Now, how can you find me? You can find me on Instagram, on LinkedIn, Facebook, YouTube, Twitter. I don’t really use Twitter much, but I’m there. And if I’m at an event I’m always using the hashtags. LinkedIn is probably my favorite platform. So all you need to do is search Megan McNeil. And if you’re looking for the business pages relevant, Megan, okay. Can wait to hear from you. And I’m super excited to get the next episode up. Thanks, bye.