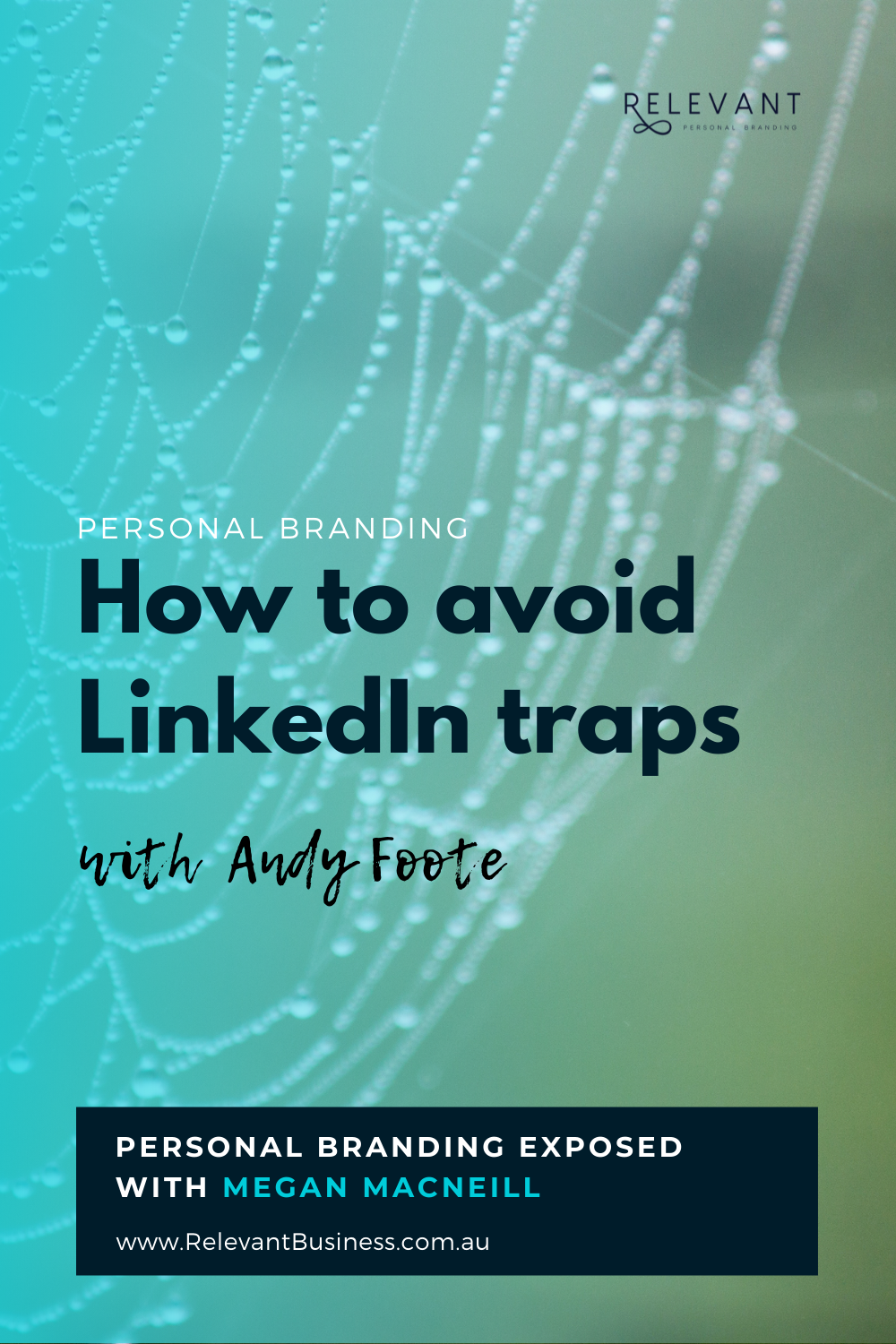 On the eighteenth episode of the Personal Branding Exposed Podcast, I got to have a conversation on everything LinkedIn with one of the biggest experts on the platform, Andy Foote.

Andy runs his own podcast cleverly named “Foote Notes” where he interviews people from all walks of life on their views on different subjects.

He was also kind enough to share some of his expertise with me and, by extension, all of you, talking about how to tackle LinkedIn professionally and avoid certain traps. Here’s how that went:

Now, for me, nothing will ever beat a face to face conversation, but after that LinkedIn comes as one of the best ways to expand your network of people.

Andy also made a great point stating: It’s just a target-rich environment because there are people there are really interested in doing deals, getting ahead, and making something of themselves.”

Another advantage of LinkedIn mentioned by Andy is how the platform concentrates the type of audience that likes to “Get Stuff Done” (GST, for short), and how even with what he calls a “facebookization” of the platform, that audience is still growing.

This richness makes LinkedIn the best place to build up your personal brand through content since you can talk about whatever you want and still find an invested audience.

Another topic that came up quite a lot in our talk was how so often new LinkedIn users enter the platform and are lured in by people promising nonsense like “make $10,000 dollars in your first month”, and why that is not how the platform works.

Having a successful LinkedIn Profile like Andy’s is something that comes with constant work producing and engaging with content, building a community person by person, or, as Andy is so fond of saying “I’m an overnight success that took 10 years”.

This is important because there are so many new users that get into LinkedIn expecting to become an internet sensation within a week only to give because they are progressing at a snail’s pace.

Andy experienced this first hand with his clients: “They expect instant success, they expect their post to just take off and that is never going to happen unless you build a foundation […] it’s essentially about having interested people who will coalesce every time you produce something.”

Another trap new LinkedIn users should be aware of is certain groups known as pods.

Pods are essentially engagement collaborations where users try to take advantage of the LinkedIn algorithm by posting their content within a group at specific times, on specific days, so other members of the pod will engage it on mass, increasing their visibility.

Andy explains why pods are such a bad idea: “Pods are an attempt to hack the algorithm in a bad way because LinkedIn hates any kind of gaming, they don’t like clickbait, they will do anything possible to deter what is, maybe, a natural inclination for some humans to try and cut corners.”

Not only are pods ethically dodgy, but they actually go against LinkedIn user terms and the platform is actively investigating them, so it’s best to just avoid them altogether.

If that is not enough to convince you, here are some other reasons:

The Power of Polls

When the polls went live on LinkedIn, I remember being very excited, but so was Andy, who got early access to them and began to “test them within an inch of their lives”, which yielded some interesting insights.

Here’s a little secret he learned: “It’s about asking the right questions […] These days I particularly like “yes/no” and the “true/false”, because a lot of people just can’t deal with having a binary choice and it’s like ‘oh I really need a third, I feel like I need to say more.’”

This provocation for people to elaborate on their answers will eventually take them to the comments where they can fully express beyond the binary, naturally increasing your engagement and starting a conversation.

Another interesting topic that came up was whether the number LinkedIn gives you for how many times your name popped up on search results was relevant or just a vanity thing.

Here’s what Andy had to say: They’re impressions right? They’re not clicks. I wish LinkedIn would give us some honest stats instead of views, because who cares?”

Well, that is a direct answer if I’ve ever heard one, jokes aside, he’s right, if you are active on LinkedIn you’ll get steady views regardless, as a user, you should be better off building your network and creating new opportunities in the form of clients and contacts.

During the interview I also asked if Andy had any advice to give new LinkedIn users, here’s what he had to share:

If you are serious about getting stuff done and want to rally people around your business and your ideas, LinkedIn is the best place for you to be.

Of course, starting out you are not going to be all that wise as to how the platform can be used to its fullest potential, but that is why people like me and Andy Foote are there.

So, if you want to become a LinkedIn master and grow as a professional and business owner, you can always start by subscribing to my LinkedIn program here, check out other articles, and of course, the Personal Branding Exposed podcast to learn more.