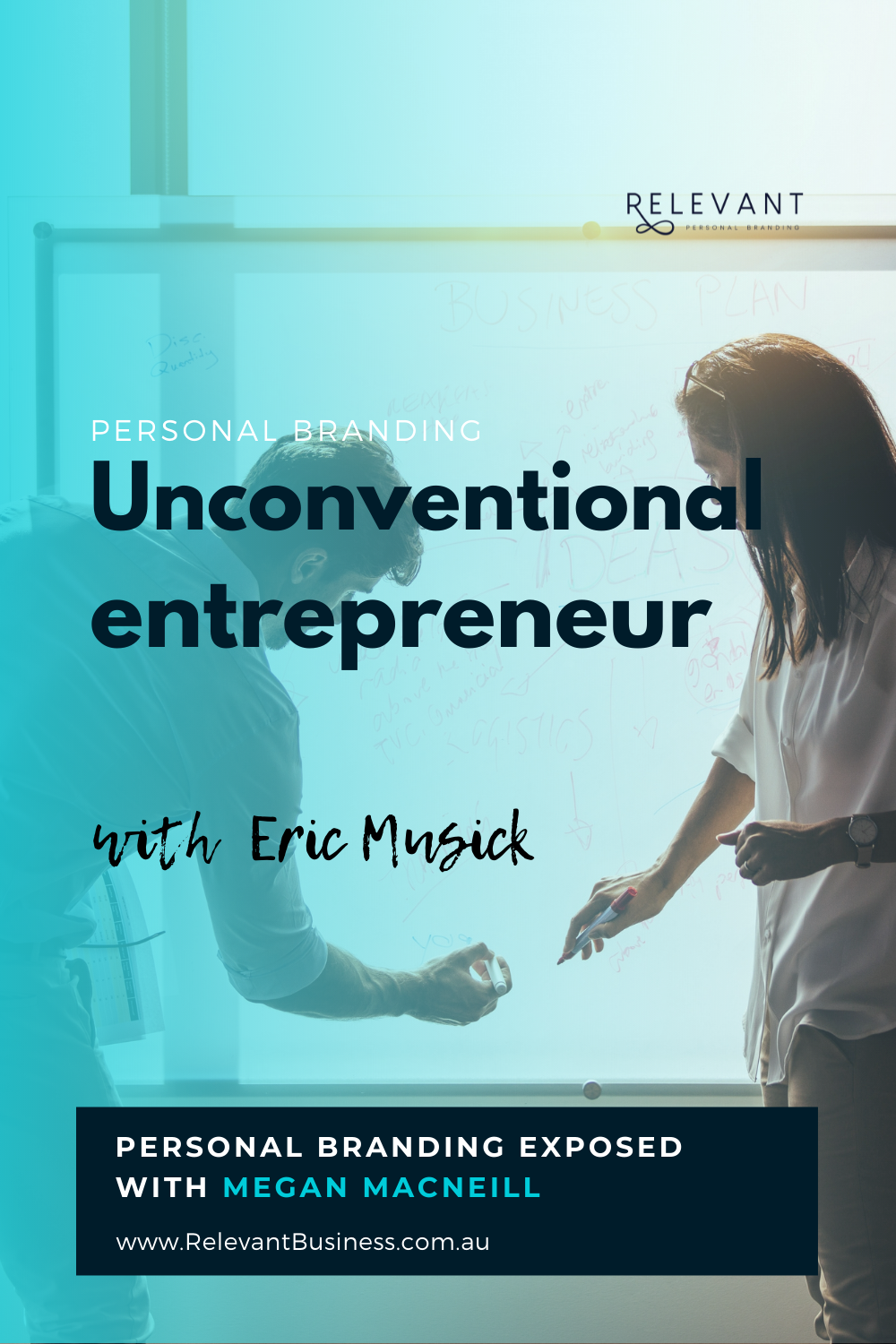 I had the pleasure of meeting Eric Musick while participating in a mastermind group a couple of years back, and ever since then our relationship as both long-distance business buddies, and just regular buddies, has never stopped growing.

Together with his wife, the wonderful Christine Musick, Eric runs a series of businesses, including Louis and Lea, a subscription box business podcast, a huge, beautiful family with four young boys, and they’re likely already coming up with the next awesome idea as I write this.

Eric is what you can call a serial entrepreneur, and all around just a great guy to have as a friend, which is why I thought it would be a great idea to have him over for the Personal Branding Exposed Podcast.

“I just wanted to have some kind of job where I could pay my bills”, Eric recalls when talking about the ambitions of his youth, when he would actually drop out of high school to work, calling himself a “born quitter.”

He would eventually go back and finish high school, even doing the first year of college before jumping out, but he would not leave his higher education empty-handed, as he came out of the experience with a newfound appreciation for books

There is actually something very valuable in being what Eric calls a “Quitter”,  since not everybody is born lucky enough to have a clearly set vocation right off the bat, so what do you do then?

You try everything out, of course! You won’t know what you like until you’ve given it a go, and even if you find that was not your thing, you still come out of the experience a little bit enriched.

We often believe that success means following a railroad that takes us from school, to high school, to college and finally to success, but life is much more diverse and complicated than that, and we may end up finding success much later in life.

A story that often gets told when people talk about that is how Colonel Sanders, the founder of KFC, started his multinational company at 65, when most other people would normally retire.

That is to say, late bloomers are a thing, and you should never stop creating and trying out new things, because you never know which is going to be “the big one”.

Eric then went on to explain how amidst the things he had learned from his period in college was being introduced to business and self-improvement books that taught him the importance of coming out of your comfort zone.

As it normally does, this involved being able to speak in public, which for Eric, who usually preferred to fail class over giving a presentation, was a huge leap, especially when you consider the fact he is the host of his own podcast and a guest in mine.

Public speaking is just one of the ways in which becoming an entrepreneur is going to push your limits, after all, even if this is not you first rodeo, you are going to come face to face with unknown and scary circumstances where you have to call the shots.

It can also mean ditching your main job to fully embrace your side hustle as a career which can be a terrifying thing to do, especially if, like Eric, you are on that job for fifteen years because it provides stability for your family.

The key to taking this step, he explains, lies in finding your “why”, that one thing that drives you forward and serves as a reward that justifies the risks you are about to take.

In all the enterprise Eric started he was never alone, and could always count on his wife, Christine, be it for the side hustles, the main gigs, or something scary like raising four young boys (who are about to become five.

Their first enterprise was something that Eric called “the wedding line” which happened when Christine (who’s an awesome graphic designer) created some decoration, built it with the help of her dad, and put it out for rental.

The idea behind this particular business was to capitalize on the rural wedding niche, and it also served a purpose in teaching them about bookkeeping and the more boring parts of owning a business.

Eventually they would move to what is described by Eric as “our main bread and butter”, which is their subscription box business called Louis and Lea, where Christine does all the design work.

Now the fact that L&L sells mostly baby-care products should come as no surprise given the big and happy family that Eric and Christine have built, and that played a huge role on deciding what their subscription box would be about.

Eric described this as a “pain point”, or a need that the market is not properly tending to, which is an ideal space for new business tends to grow, and finding one tends to be a good spot to start things out.

There are many things to love about Eric’s personal brand, from how it fully incorporates his family life, to how the story he tells escapes anything you could possibly call conventional, he is, simply put, and adventurer.

Better yet, he’s an adventurer that invites you into his adventures as he tackles one new idea after the other, and makes you stick around just to see what he is going to do next, which makes for an awesome branding strategy.

If you would like nail personal branding as well, not necessarily like Eric, but in your own way, to show to the world all the ways in which you are unique, I highly recommend you start out by picking up my workshop or coaching program. The world is waiting to hear your story.